The return of bitcoin: investors are looking for a “safe haven” in cryptocurrencies 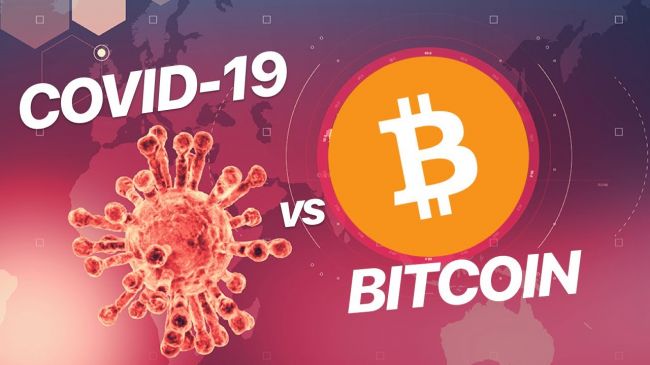 The world’s most popular cryptocurrency, bitcoin, has not lost its ability to surprise: since March, its dollar value has increased by about four times. At the moment, the bitcoin rate has crept close to its historical maximum – about $ 20 thousand – recorded exactly three years ago, and numerous crypto-optimists again predict an exceptionally bright future for bitcoin, although they remind of its persistent volatility. Most likely, this new rise in bitcoin was significantly influenced by the influx of institutional investors who, in the face of growing market uncertainty, are shifting some of their funds into cryptocurrencies from more traditional assets like gold and securities. A certain incentive for the growth of bitcoin and other cryptocurrencies was created by the constant expansion of access to transactions with it for individuals, but this circumstance also hides new risks. If “street investors” again massively start investing their money in the growing bitcoin, the situation at the beginning of 2018, when it collapsed even faster than it rose to its maximum values, could easily repeat itself.

All the stars converge

Most analysts call the decision to support cryptocurrencies made by the global payment service PayPal at the end of October as the key incentive for the rapid rise in the dollar rate of bitcoin. Now its users can buy and sell four types of cryptocurrencies – bitcoin, ethereum, bitcoin cash and litecoin, and next year the PayPal app will be able to pay with digital assets at 26 million points of sale. After that, in just a month, the bitcoin rate increased by one and a half times, exceeding $ 19,000, and in general, bitcoin has been growing almost continuously for about nine months – this rally started from $ 4,820 immediately after the collapse of oil prices in early March. The total capitalization of bitcoin in November exceeded $ 289 billion.

The first and most important factor in the last jump in the value of bitcoin is really support for cryptocurrencies in the PayPal system, notes financial analyst and trader Artem Zvezdin . According to him, the demand of clients of the system for cryptocurrency exceeded expectations, exceeded forecasts by two to three times. However, the expert adds, the reasons for the behavior of bitcoin are not limited to these:
“The world is becoming increasingly destabilized due to the pandemic. Investors are trying to save their capital as stock markets are now teetering on the brink. Many investors expect the stock markets to fall, and therefore are looking for a way to transfer their assets into an instrument that will guarantee at least some peace of mind. Traditionally, the dollar has been the instrument that preserves investor capital. However, due to the monetary policy of the Fed, the number of printed dollars has become so great that increased inflation has brought down the value of the dollar against a basket of other currencies. Surprisingly, the Fed is not going to stop – the Fed is expected to talk about new support through the printing press in December. Gold is usually in the background, which is similarly presented to investors as a way to preserve their capital. Here, alas, the situation is no better due to the pandemic and economic downtime. Many states open their “gold box” and sell gold reserves. As a result, the value of gold falls – its value has decreased by 10% in two months, this is quite noticeable. So investors found their salvation in bitcoin. This is not surprising given the fact that investors now rely more on emotion, rather than view the market more or less rationally. ”

There is still room to grow

Almost all Russian experts in the cryptocurrency market agree that the future growth prospects for bitcoin and other cryptocurrencies look rather optimistic, but investors in these assets should not count on quick returns. At the very least, do not forget about the sad experience of those who “on the HYIP” bought cryptocurrency in 2017: only three years later they can expect that these investments will justify themselves – if, of course, they still have not left Bitcoin and it relatives at a considerable loss for themselves.

Bitcoin still has room to grow, agrees Artem Zvezdin: due to the constantly growing demand among investors and the lack of alternatives to save assets, the rate will continue to increase, so it is probably at the very start of a new wave. “Now it is worth buying bitcoin: it will rise in price throughout his life, since there is no more of it in the system,” the trader is sure. – But, making a deal to buy it, you should understand that the rate can go into correction: you need to be prepared for the fact that investments can go into a negative zone for an indefinite time. Try to buy with the amount that you will not need in the next few years. Now we can expect a correction for bitcoin to the level of 16 thousand dollars due to the overheated market, but after the correction, further growth is possible. ”

In the long term, bitcoin will definitely grow, believes Marat Mynbayev , founder of the Amir Capital Group platform. But the rest of the cryptocurrencies, in his opinion, are very much inferior to bitcoin, both from a technological point of view and in other indicators, and even if we consider them as an investment instrument, they should occupy a very small share of the cryptocurrency portfolio: for example, give 80% to bitcoin and a maximum of 20% for the rest of this asset family.

However, many observers still view cryptocurrencies, if not as a dubious asset, then certainly capable of creating serious problems for unqualified investors.

“I would not talk about any stability of this asset, which is not backed by anything and is actually made out of thin air – the main factor influencing to a large extent on bitcoin is still political. In many countries, this tool still remains illegal due to a lack of understanding of the management of this kind of assets, “- says a senior lecturer at the Department of Banking at Synergy University Anton Rogachevsky . In his opinion, those who have been holding bitcoins since 2017 should not expect to receive super profits: in fact, the market is blowing up again, so the situation three years ago may repeat itself. Although it is unlikely that anything will happen to bitcoin in the next three or four months, now it is hardly worth investing in it – the margin will be low, Rogachevsky is sure.

“Bitcoin is now at such a stage of development when it simultaneously tries to stand in opposition to the stock market, but still strongly correlates with it,” sums up Tatyana Maksimenko. – On the one hand, during periods of instability, bitcoin receives incentives to grow, and on the other hand, in the event of a fall in the stock market, bitcoin will follow and fall even more than the reference stock quotes. In addition, regulatory approaches to cryptocurrencies have not yet been fully formed, and any decision of American or European regulators has an impact on cryptocurrency. “

Listta app is already in Ap...

Download and participate in the drawing of the new iPhone 12 and ot...