“A direct consequence of the pandemic”: the bitcoin rate reached its highest level since December 2017. 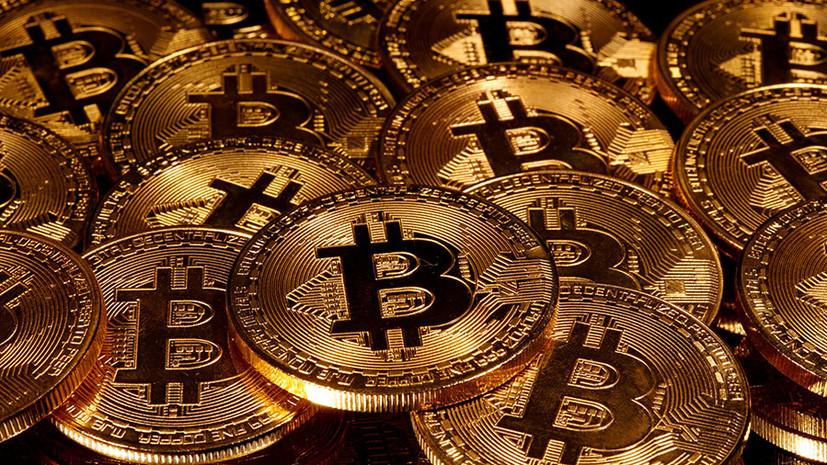 On Tuesday, November 17, for the first time since December 2017, the bitcoin rate rose to $ 17.8 thousand.Since the beginning of 2020, the electronic coin has risen in price almost two and a half times. Experts attribute this to the desire of investors to invest in cryptocurrency to save money more reliably in a pandemic. In addition, the weakening dollar in the international market plays in favor of the digital asset market. However, the rapid rise in the bitcoin rate may indicate the threat of a new financial bubble, analysts say. Against this background, experts do not exclude the likelihood of another collapse in cryptocurrency prices.

On Tuesday, November 17, the global cryptocurrency market is showing steady growth. During the trading, the bitcoin rate rose by 6.5% – to $ 17.78 thousand per coin. The last time a similar indicator could be observed back in December 2017.

It is noteworthy that since the beginning of 2020, bitcoin has grown in price by more than 140%. In many respects, such dynamics is associated with the consequences of the coronavirus pandemic, according to Alexander Khvoinitsky, marketing director of the cryptocurrency P2P platform Chatex.

As the expert explained, usually during the growth of uncertainty in the global economy, investors begin to actively invest in so-called defensive assets. Traditionally the most reliable means for saving money considered to be gold. However, recently, along with the precious metal, market participants prefer to buy cryptocurrencies.

“The rapid growth of the bitcoin rate in 2020 is a direct consequence of the pandemic and the desire of investors to preserve their savings. Not only private investors around the world invest money in cryptocurrency, but also large investment funds, well-known companies and banks. Billions of investments in the coin played a role – for many, bitcoin has become the second defensive asset after gold, “Khvoinitsky explained in an interview with RT.

In addition, the actions of the US Federal Reserve played in favor of the cryptocurrency market, the analyst is sure. To support the economy amid the coronavirus, the US Federal Reserve announced an unprecedented expansion of its quantitative easing program in March. The regulator started to print dollars and to buy up government bonds in an unlimited volume on the stock market.

In less than nine months, the volume of Treasuries on the Fed’s balance sheet has grown from $ 4.2 trillion to $ 7.17 trillion. This policy of the Fed to issue new dollars and buy out government bonds should lead to an increase in the money supply in the economy and help to increase the growth rate of US GDP. At the same time, the actions of the regulator weaken the US currency in the international market.

“Injecting money into the US economy depreciates the dollar, and investors are withdrawing money from Treasuries and again investing in gold and cryptocurrency. However, by the end of the year, many investment funds plan to sell the bitcoins accumulated during the year at the maximum rate, which, of course, will lead to a collapse in prices. In this sense, a repetition of the events of 2017 is possible, ”added Alexander Khvoinitskiy.

Recall that cryptocurrencies caused a global stir in the second half of 2017. Then, from July to December, the bitcoin rate increased almost tenfold and at the moment rose above $ 20 thousand. Moreover, the digital coin even managed for a short time enter the top five of the world’s largest currencies. However, already at that time, many economists began to talk seriously about the threat of another financial bubble.

Ultimately, the fears of experts were realized, and in 2018, the cost of bitcoin fell by almost 80% – from $ 20 thousand per coin to the level of $ 3-4 thousand. The collapse of the electronic coin market was largely due to increased global regulation of the industry, constant hacker attacks on crypto-exchanges, as well as the withdrawal funds by large investors in real money.

“This scenario is likely to recur. Let me remind you that bitcoin as an asset is not backed by anything, and therefore represents a financial bubble. Bitcoin cannot be controlled, regulated and often even tracked. In addition, in a number of countries, the law prohibits Bitcoin mining, up to and including criminal liability, “said Anton Rogachevsky, senior lecturer at the Department of Banking at Synergy University, in an interview with RT.

According to experts, one of the possible reasons for the collapse of the bitcoin rate could be the mass vaccination of people against coronavirus in 2021. As the founder of Amir Capital Group, Marat Mynbayev, explained to RT, if the pandemic weakens, investors will again begin to massively withdraw money from cryptocurrencies, as a result of which market capitalization may significantly decrease.

“Until the end of 2020, the bitcoin rate may still grow to $ 20-25 thousand, but then its dynamics will depend on the general economic situation in the world. If the crisis aggravates, the price will continue to grow, but if there are signs of recovery in the global economy, we will see a fall in the rate, ”Mynbayev stressed.

with Marat Mynbaev in Kazan!

Car, travel and 100% return on investment! Become a Sunnyman togeth...